Dr. Nanci C. Klein is well known in the Salt Lake City, Utah community as a clinician, educator, and advocate. She has worked in the mental health field since 1973, receiving her doctorate in Clinical Psychology from the University of Utah in 1985. Dr. Klein has maintained a private out-patient psychotherapy practice in Salt Lake City, Utah since 1986, having co-founded the Utah Institute for Psychotherapy and Training.

Dr. Klein has served as the Director of Professional Affairs for the Utah Psychological Association for over sixteen years. In this capacity she has managed psychology’s agenda at the Utah State Legislature. She has overseen the passage of legislation providing for psychologist licensing at the awarding of the doctoral degree, passage of a mental health parity law, deterred efforts to subsume psychology licensing under a mental health therapist omnibus licensing act, accomplished passage of a bill giving postdoctoral psychology residents formal status as credentialed professionals, and passage of legislation regulating remote supervision and the practice of remote therapy.

On a national level, Dr. Klein maintains a strong commitment to advocacy. She serves as APAPO Government Relations Western Region and Northeast Region Grassroots Network Field Coordinator. She has recently been elected Treasurer of Division 31, State, Provincial, and Territorial Psychological Association Affairs, beginning her term in 2014.

She served as President of APA Division 31 in 2010. Dr. Klein has also served as Vice-Chair of the APA Committee for the Advancement of Professional Practice (CAPP), completing her term in 2007. In addition, Dr. Klein served on the Board of Trustees of Psychology’s former national PAC, the Association for the Advancement of Psychology (AAP) and served for fifteen years as editor of AAP’s newsletter, Advance.

A Salt Lake City winner of the 2015 Patients' Choice Awards in Psychology
Verified by Opencare.com 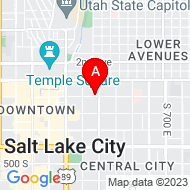